Why Older Citizens Have a Duty to Inform Younger Generations

You are here: Home / Why Older Citizens Have a Duty to Inform Younger Generations

Those who cannot remember the past are condemned to repeat it. 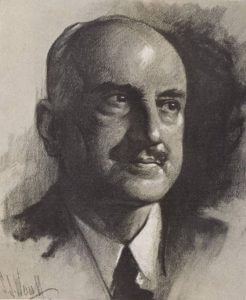 ess, far from consisting in change, depends on retentiveness. When change is absolute there remains no being to improve and no direction is set for possible improvement: and when experience is not retained, as among savages, infancy is perpetual. Those who cannot remember the past are condemned to repeat it. In the first stage of life the mind is frivolous and easily distracted; it misses progress by failing in consecutiveness and persistence. This is the condition of children and barbarians, in which instinct has learned nothing from experience.”    George Santayana

We can learn a lot from George Santayana, a great American philosopher and writer. His famous and often quoted line about those who cannot remember history are condemned to repeat it is almost obvious in its simplicity. Burn yourself on a hot stove and you remember not to make the same mistake again. Tell your children to stay away from the hot stove and while they are young they may obey, but as soon as they are teenagers they make many of the painful mistakes that you taught them to avoid.

Santayana’s subsequent observation that “in the first stage of life the mind is frivolous…” partially explains the recent political phenomenon in the U.S. where a self-avowed “democratic socialist” became a serious threat to the established Democrat candidate. Subsequently some of the young people who voted for the socialist went into the streets to protest almost everything they view as fascist, racist, and homophobic, as well as express their displeasure at the victory of the Republican presidental candidate. They identify as socialists and/or anarchists, wearing bandanas to cover their faces as they attack people and property. When asked to define socialism, few are able to give a satisfactory answer.

The lesson from the above quote is not that we should simply remember the past. Remembering the past from our own experiences and documenting the past in histories are fraught with pitfalls. Written histories have been consistently manipulated to promote different points of view.  Our own memories consist of chemical and electrical processes in the brain, which are subject to physiological changes that we seldom recognize. As we age, we become increasingly aware of our failing memories.

Fortunately, the “retentiveness” that Santayana says is necessary for progress does not depend on individual memories or even histories written in books. Retentiveness is like cloud computing. The shared memories of a culture are written in the cloud: the language of our culture.

Language is both a tool to communicate and a means of social cohesion. Subcultures frequently have their own dialects, often barely understandable to outsiders. Regional language differences clearly identify us as belonging to a regional subdivision in the English speaking world. The way we talk to each other marks us as members of a group, tribe, religion, or even a race at times. So-called dog whistle language used in political discourse has one meaning to the general population, who presumably do not hear the special meaning that is conveyed to a target audience or the “in” group.

Setting aside the dog whistles in the above paragraphs, the thing that binds us as Americans is not our American English with its distinct accent as compared to other English speaking countries, nor do our regional dialects separate us. We are all Americans; the cumulative accepted history, whether strictly true or not, consists of English words with mutually understood meanings in our minds and in our books .

Our shared jurisprudence, founded on English Common Law (largely based on precedent), and the U.S. Constitution, is written in English. Specific definitions in law define what it means to be free – the freedoms guaranteed in the Bill of Rights. It is the meanings of those words that we must teach to coming generations. 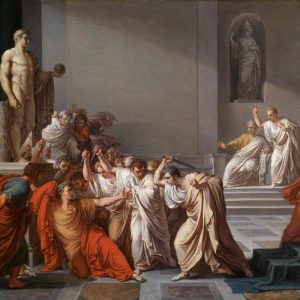 Read here about the death of Julius Caesar and why there is a lesson for us in our time.

The Death of
Julius Caesar