You are here: Home

The
Alternative
Association
for
Retired*  People

A partnership between retired people and future generations.

An Alternative to AARP® – Read Why

"Those who cannot remember the past are condemned to repeat it." -- George Santayana
A Partnership for the Generations

An Alternative to AARP®

We are not an association of retired* people in the usual sense of the word.  In the industrial society from which we are emerging, people retired from a life-long job, languished in  idle pursuits, experienced the ravishes of declining health, and rapidly accelerated into old-age and death.

Now the realities of a post-industrial society dictate that people learn new life skills, remain engaged in meaningful and productive activity, assume personal responsibility for their own health, and remain active and healthy well into what used to be called old-age.

Of course not everyone will reach such a goal. Many will fail simply because they follow the crowd.  And the crowd is often wrong, which may explain why a majority of Americans are over-weight or obese. We eat too much of the wrong food, mostly because everyone else is eating it.

Others will experience hardship attributable to random bad luck: accidents, disease, losing the genetics lottery, etc. But whatever the apparent explanation for your present condition, it is necessary to know that luck is not a meaningful concept. Stuff just happens. Accept that and move on knowing that all actions have consequences.

By joining together, we can share strategies to make life better.

What is Functional Skepticism?

Skepticism by itself is a philosophical theory that sure knowledge is not possible. A movement toward pragmatic or functional skepticism can give us tools to accept ideas as having a high degree of probability but seldom enough to accept as proven.

It is no secret that Americans live in a nation divided along ideological lines. Ideology is a system of belief particularly about political and religious ideas that are based on unprovable assumptions. Language seems to have a way of creating reality around us so if we hear something repeated often enough, we begin to accept is as fact. (Talking Points)

In a recent experiment, students were asked if they thought President Trump’s tax plan was fair. Most disagreed that it was fair. When the same tax plan was presented to students but identified as Bernie Sander’s plan, most agreed that it was fair. The reality of all such plans is that even experts who draft them cannot foresee the unintended consequences of their ideas and notions of fairness are impossible to quantify.

When associating with groups of scientists or doctors, we are amazed to observe how often they abandon the careful mantra of the scientific method and venture into ideology. Being human, they frequently lapse into believing their own theories and advance them as received wisdom. Worse yet, when they are corrupt, they offer as truth the ideas of the people who paid for their research. Even when they are not corrupt, maybe simply young researchers wanting to get published, a large body of research findings is false.

Being functional skeptics allows us to be quietly fair minded and tolerant without assuming the vocal moral superiority often seen on both the political left and right.

Click HERE for an article by John P. A. Ioannidis, “Why Most Published Research Findings Are False”

How do we preserve Personal Liberty?

The Constitution of the United States has codified a way to preserve our Personal Liberty but it is under constant attack.

The Constitution is not really a contract because when it was promulgated not everyone signed onto it; it was imposed upon some Loyalists who stayed in America and did not flee back to the Motherland.  None of us alive today consented to it but we reaffirm our devotion to it by our actions and willingness to serve.

The basic principles of the Constitution and Bill of Rights have empirically demonstrated their ability to preserve our personal Liberty if we constantly fight to retain these rights.

The national government has morphed into a cancer that incrementally expands and attempts to dictate through regulations some of the smallest aspects of our lives. Our elected representative must be constantly reminded that government closest to the people is the best government. The ninth amendment to the Constitution states, “”The enumeration in the Constitution of certain rights, shall not be construed to deny or disparage others retained by the people” and the tenth states, “The powers not delegated to the United States by the Constitution, nor prohibited by it to the States, are reserved to the States respectively, or to the people.” Our Senators and Representatives need to be constantly reminded of these facts.

We do not need federal regulation of drainage ditches in Montana! If the people of Washington State want to regulate the sale and distribution of Marijuana, there should be no federal regulation opposing it. The list of similar conflicts is almost endless.

There are forces both within and without our  federal government that want to embark on expanding globalization through treaties, and subservience to the United Nations and so-called International law. The voice of the people should be constantly directed to elected representatives to preserve our federalist system.

The original intent of the Constitution is so basic that calls to interpret it in light of our current experience are naïve at best and malicious at worst.

“Properly understood, originalism is a commitment to what a written constitution says and implies—nothing more and nothing less.”

How do we stay healthy in a post-industrialized society? 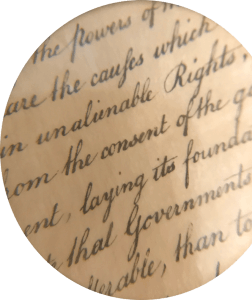 Life, Liberty, and the pursuit of Happiness are our unalienable Rights declared by our Founders to be rights, which government is created to protect. Certainly all three relate to our health. It is difficult to be happy without good health but the responsibility of government is only to protect our pursuit of happiness, not happiness per se. And certainly not our health.

The constant drumbeat of the healthcare debate has set into the minds of many that healthcare is somehow a right and having good health therefore becomes the responsibility of the government.

There is no denying that government mandates and programs can affect our health. Public health has played a constructive role in helping us live in a society with rules to avoid epidemics and poison in the food chain. Agricultural regulations ostensibly provide the marketplace with clean, healthful food.

The free market provides us with what we demand and if we don’t actually demand it, the market will create a demand for lucrative products through intense advertising. That is why children watching television will pester their parents to buy Yummy Frosted  Puffy Loop Nature Nut Cereal for a nutritious breakfast so they can run off to school, having enough energy to express their ascendant little personalities.

Everybody agrees that too much sugar, or too much of anything is bad. So what does the majority do about it?  They continue to eat sugar and other stuff, have health problems, run to the doctor, ignore the doctors’ advice, complain about the cost of healthcare, demand low cost health insurance, and vote for a socialist who will give healthcare to everyone for free.

There is a better way. These are some of the things we discuss on the pages of this site.

A free people accept  responsibility for their own actions, the consequences of their actions, and ultimately their own health.

Avoiding ill health is certainly better than depending on a dysfunctional healthcare system to fix what often cannot be fixed. 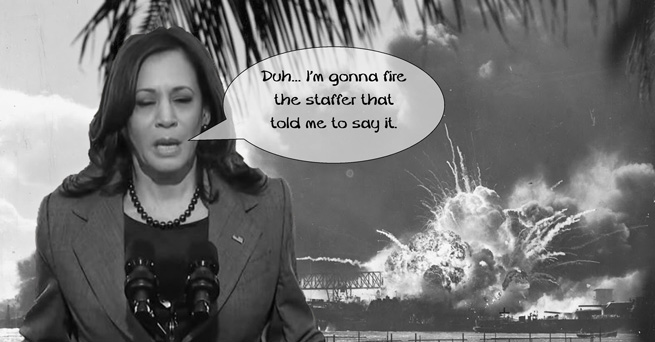 We generally refrain from commenting on current events until the passage of time can better inform us. Now however, we are moved by current events to warn of the ongoing narrative that is measurably eroding civil society in the United States. The recent remarks by the sitting vice-president go beyond all reason in furthering that […]

This morning as I awoke, my neighbor texted me the following: “I would like to know how you rate Trump as President? Greatest ever? Mentally flawed? Worst President ever?” I try to avoid snap judgements, but a text demands an immediate reply, hopefully tempered by observation over 4 or 5 years.  My reply: “A tragic […]

Trump is my Friend I do not know Donald Trump. Most people do not know him but everyone has an opinion of him. The President may not know himself very well. We cannot know how well he knows himself any more than most of us know ourselves. The  emotional response to Trump is reminiscent of […]

Wednesday, October 7, 2020 The one and only debate between the vice-presidential candidates took place on Wed. October 7.  The current political climate has degenerated into mindless contention and exaggerated emotion. Many who watched the debate were disappointed that the two candidates remained so calm during the debate. Even when the Vice President threw a […]

What do we believe?

Why should you join an association that has a goat for a mascot?

Why is Federalism the solution to the nation’s most pressing problems?

Where can I learn for FREE?

Join our
Association
today
for FREE