Articles
You are here: Home / Articles / Featured / 9/11 Should NOT be a National Holiday

As much as we mourn the loss of people on 9/11, the date should not become a national holiday.

Twenty years after the attack on the World Trade Center in N.Y and on the Pentagon in Washington DC, vivid memories persist of the people lost and the lives ruined .  It’s natural to remember our most recent tragedies. – painful events that happen within our lifetimes.

Almost 3,000 people died that day and many more have died since then from the toxic effects of substances to which first responders and others were exposed.  Yet 9/11 did not plunge us into a World War, although that may have been a motive of the attackers.

The wars that followed 9/11 were an escalation of wars that have been going on for a long time. One side calls it jihad (meritorious struggle); the other calls it self-defense. A self-styled Mahdi—the “Expected One”— led a jihad against infidels and apostates in Sudan during the late 19th-century. Current jihadists repeat his words as they wage their religious struggle against people they consider infidels and apostates around the world.

There are few people still alive who are old enough to remember the attack on December 7, 1941.  That “sneak” attack by Japan killed  2,403 Americans and wounded 1,178 more.  Between the European and Pacific theaters of World War II, over half a million Americans died.

In 1994, over 50 years after Dec. 7, 1941, Congress designated December 7 of each year as National Pearl Harbor Remembrance Day, not a National Holiday.

In 2051 or thereabouts, a future U.S. Congress, benefiting from the hindsight of history, should consider whether Sept 11, 2001 was a pivotal date like Pearl Harbor was. Then Congress can decide if 9/11 should be a Remembrance Day.

Do We Need Another Holiday?

We already have a holiday to remember everybody who has died in all the wars we have ever fought. That day is Memorial Day.

Memorial Day was originally called Decoration Day to honor those who died in the American Civil War,  “for the purpose of strewing with flowers, or otherwise decorating the graves of comrades who died in defense of their country during the late rebellion, and whose bodies now lie in almost every city, village and hamlet churchyard in the land.” (General Order No. 11. Issued by General John Logan in 1868.)

In a recent poll, 55% correctly describe Memorial Day as a day to honor the fallen from all the nation’s wars. For younger people, age 18-34,  the percentage drops to 40%.  Some people believe Memorial Day is a time to put flowers on the graves of relatives.  Others say it is the beginning of summer.

The Uniform Holiday Act of 1968 declared Memorial Day a federal holiday to be observed on a Monday, thus adding it to our list of 3 day holiday weekends.

As a nation we should continue the debate about the reasons for the 9/11 attack. We continue to have troops in many places around the world where we perceive threats caused by radical Islam.

Why were 19 young 20th century men so eager to die when they crashed the planes into their targets on September 11, 2001?  Why were they so eager to kill a lot of other people in the process? And wreak billions of dollars in property damage?  And make such a big statement about something based on archaic ideas that they may or may not share with 24% of the world’s population.

The National Commission on Terrorist Attacks Upon the United States

Congress chartered the 9/11 Commission “to prepare a full and complete account of the circumstances surrounding the September 11, 2001 terrorist attacks, including preparedness for and the immediate response to the attacks. The Commission was also mandated to provide recommendations designed to guard against future attacks.”

The commission did a good job of outlining how the attack was financed, how the perpetrators were recruited,  and what their assumed motivations were. It describes how Islam came into existence and provides a history to distinguish between various factions of legitimate Islam and what the commission describes as radical beliefs espoused by Usama bin Laden and the terrorists he recruited. The personal histories of the perpetrators read like a novel.

The county has spend vast sums of money carrying out the commission’s recommendations, some would argue, to the detriment of our personal Liberties. For 20 years the war on terror has prevented new attacks similar to the 9/11 tragedy.  The commission also defined other threats:

“In the post-9/11 world, threats are defined more by the fault lines within societies than by the territorial boundaries between them. From terrorism to global disease or environmental degradation, the challenges have become transnational rather than international. That is the defining quality of world politics in the twenty-first century.” (p361) 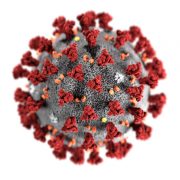 The global pandemic caused by the novel coronavirus, SARS-CoV-2, demonstrates the difficulty of being prepared to prevent every danger. There may be a commission to determine what went wrong. Why were we not prepared?

In our fractured political environment, the current President is being blamed for everything. He points his finger to the World Health Organization (WHO) and China, who clearly tried to conceal person-to-person spread of the virus.

The obvious question is “Where was the elaborate intelligence network set up to prevent transnational threats?”  Maybe a commission can find the answer.