Articles
You are here: Home / Articles / Featured / ‘Looks a Little Bit Like Plagiarism’


The one and only debate between the vice-presidential candidates took place on Wed. October 7.  The current political climate has degenerated into mindless contention and exaggerated emotion. Many who watched the debate were disappointed that the two candidates remained so calm during the debate. Even when the Vice President threw a real zinger, we suspect that most people had no idea what he was talking about.

When asked what a Biden administration would do to control the pandemic that the Trump administration has not done, Senator Harris rattled off a litany of “facts.”  She asserted that she and Joe Biden have a plan.

At about 7 minutes, 57 seconds into the debate, the Vice President commented on on their plan by saying, “It looks a little bit like plagiarism, which’s something Joe Biden knows a little bit about.”   What follows will help citizens put that remark into historical perspective. The Biden plan is just a repeat of what Trump has already done and calling it their own. 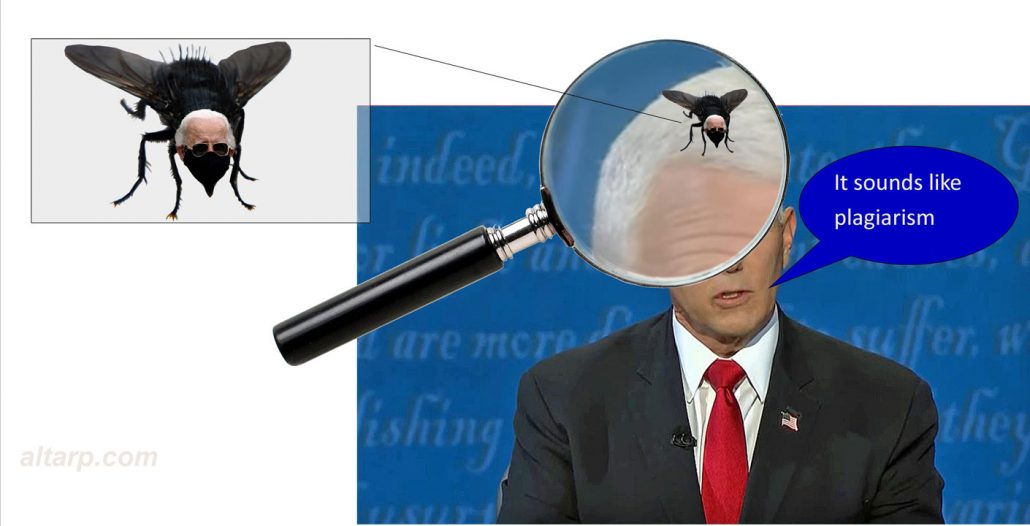 “Ladies and Gentlemen. I’ve been dumb”

Back to Kamala Harris and her Performance at the Debate.

During the debate, Harris breathlessly told a story about Abraham Lincoln refusing to appoint a Supreme Court justice until the next president was elected.  We do not know if Pence is a student of history. He may have suspected something was fishy about the story, but he didn’t call her on it. He knows the Twitter-sphere will immediately correct the record.

Rather than elaborate on the actual Lincoln history, we will rely on Snopes’ cursory  dismissal of  Harris’ fantasy. 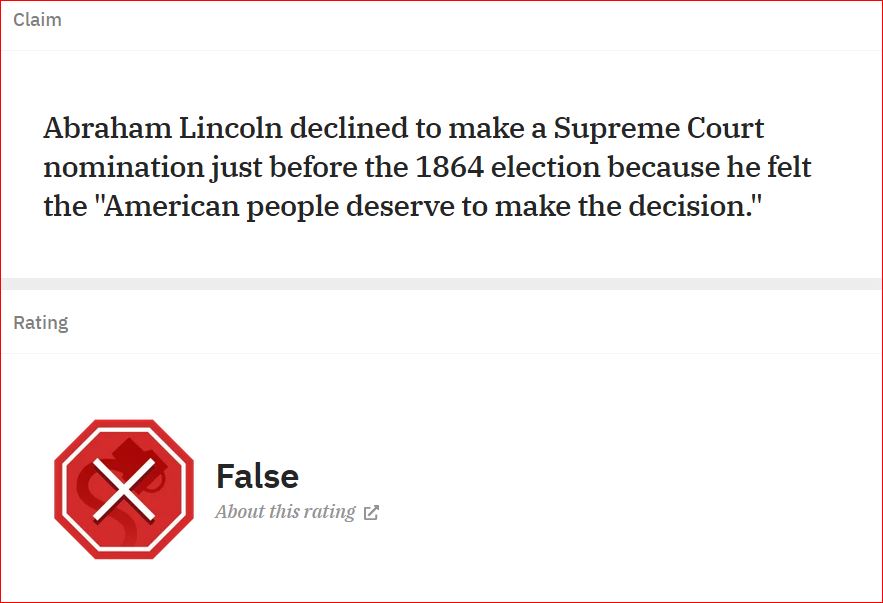 As expected, many news organizations hopped on exposing Harris’ fabrication.  Left leaning commentary tends to forgive sloppy assertions that fit their overall narrative. The same for the Right.

The Washington Post is viewed by some as Left-leaning but their writer, Gillian Brockell, did a nice job of explaining how a canny Abraham Lincoln navigated a difficult political situation during the Civil War when Chief Justice Roger B. Taney died.

The Rise and Fall (and Rise) of Salmon P. Chase by Rick Beard gives a detailed view of  of the corrupt state of politics and infighting that Lincoln had to endure. Replacing a Supreme Court Justice was the least of Lincoln’s troubles. But the vacancy proved to be a blessing when Lincoln nominated his fierce rival, Salmon Chase to fill Roger Taney’s seat on the Supreme Court.

Later Chase changed parties from Republican to Democrat, hoping that he could fulfill his lifelong goal of becoming president.

He is now mostly unknown except among history buffs and those lucky enough to have one of the very few remaining (but not circulating) $10,000 bills.

The Enemy of my Enemy is my Friend
Scroll to top