Articles
You are here: Home / Articles / Featured / The Price of Liberty Is no longer just Eternal Vigilance

What is the Price of Liberty? 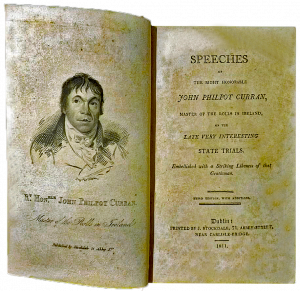 John Philpot Curran answered part of the question when he uttered these words during a speech in Dublin in 1790: “The condition upon which God hath given liberty to man is eternal vigilance; which condition if he break, servitude is at once the consequence of his crime and the punishment of his guilt.”

That’s the version that is engraved in stone at the National Archives Building in Washington, DC.

Federalism was the Safeguard

As long as the people and their elected representatives understood and preserved the federal nature of the Republic, individual Liberty was protected as the Founders had envisioned. But when citizens think we live in a direct democracy and have no knowledge of the 10th amendment, the continuing erosion of federalism is assured.

Read about Federalism, the Commerce Clause, and the Tenth Amendment (CLICK HERE)

The sad truth is that an uninformed electorate goes to the poles in what has become a popularity contest rather than a well informed election. On the other side, elected officials become masters at self promotion in an era of mass communications fed by special interest money.

Like beggars, the states and many citizens hold out their hands for federal subsidies, which always have strings attached. The strings are like those that move the puppets’ arms and legs, and the puppets always dance to the tune of the puppeteer.

We have discussed elsewhere some of the problems with direct democracy. Inevitably it ends with the majority abusing the rights of the minority.

Fortunately technology and the Internet have allowed all citizens to have their voices more easily heard. Citizens who love Liberty and understand the fundamentals of representative government can supplement their eternal vigilance with frequent direct communication with their elected representatives in both the U.S. Senate, and the House of Representatives.

Let Your Voice be Heard

The price of Liberty is no longer just eternal vigilance. Eternal vigilance sounds a lot like “watchful waiting, expectant management, active surveillance and masterly inactivity,” common to the practice of medicine. Inactivity is the problem, not a solution. Your voice must be heard!

Most people are too lazy to do this so your voice is amplified by the apathy of others.

The web site for the U.S. Senate lets you scroll alphabetically through the 100 senators.  Then click the link below the name of your senator and it takes you to the contact page.

Fill in the form. After proving you are not a robot, your message goes to your senator’s office where a staff person tallies it along with others who voice the same concern.

One of the required fields is your email address, which assures that you will receive frequent communication for your senator, including appeals for money. He who has the gold, makes the rules.

Illegal Immigration and the End of Prosperity
Scroll to top