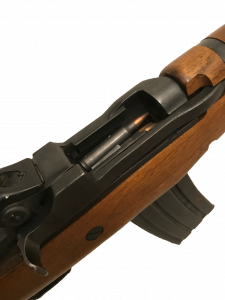 All humans recoil in disgust when a fellow human is murdered. We pass laws to punish perpetrators and enact measures to discourage murder. In the United States, firearms are overwhelmingly the weapon of choice for both murder and self-defense.

Does this mean we should pass laws to outlaw guns as a way to outlaw murder?

Absolutely not!  Guns also prevent murder so everybody needs to step back and look at the facts.

Whenever there is a mass murder (defined as one in which four or more people selected indiscriminately, not including the perpetrator, are killed), politicians and citizens renew their cry for “gun control.”  Usually their knowledge of both firearms and the Constitution is either totally lacking or is subservient to their emotions. They begin by spouting false statistics to bolster their vacuous arguments and then increase the volume and frequency of their outcry. Some cherry pick numbers from the Small Arms Survey  to lend credence to their arguments. With little or no understanding of statistics they foist their emotional claims on a public audience equally unable to pick out the truth from the numbers.

Do the statistics really matter?

Question: How many deaths attributed to firearms are there in the United States in recent years?

Question: How many suicide deaths attributed to firearms are there in the United States in recent years according to the CDC?

That leaves about 12,208 murders attributable to firearms as reported by the CDC or an estimated 15,696 reported by the FBI in 2015. These numbers change but the absolute numbers are only a small part of the story.  In Chicago, where they have the strictest gun control laws in the nation, there were approximately 760 murders in 2016 by firearms, mostly in 5 south and west districts of the city where 59 rival gangs are fighting for territory.

In a Washington Post editorial on February 22, 2016, the paper claimed:

“The United States loses far more people to gun violence — homicidal, suicidal, accidental — than almost any other country, and there is one reason: the easy availability of guns.”

Their conclusion does not stand up to scrutiny. An all cause (homicidal, suicidal, accidental) firearm-related death rate per 100,000 population per year compiled by Wikipedia places the United States at 10.54, while Brazil is at 21.2 where the disarmed populace is terrorized  by armed criminals. Many of the countries with higher firearm related deaths have strict gun laws. South Africa has a firearm death rate per 100,000 of 8.3 but only 17% of those are suicides.

In a list of countries by intentional homicide rate, the United States has 4.88 deaths per 100,000 population. Japan (no guns) has a mere 0.31 homicides per 100,000, yet they have a suicide rate of around 26 per 100,000 people. The Japanese have discovered efficient ways of committing suicide that do not rely on the convenience of a firearm.

Without going through the long history of Supreme Court decisions, the Second Amendment to the Constitution affirms the natural right of citizens to defend themselves and prohibits the Federal Government from infringing that right.  In District of Columbia v. Heller, 554 U.S. 570 (2008), the Supreme Court affirmed that the right to keep and bear arms is an individual right.

It is very difficult to know exactly how many crimes are prevented by the presence of a firearm because merely seeing that a potential victim of crime is armed or may be armed could prevent a potential perpetrador from going forward.  Such events usually go unreported so there are no reliable statistics.

Anecdotally,   few years ago Florida was having a lot of carjackings, which decreased when laws were passed to allow concealed carry of firearms, and “stand your ground” defense laws. The apparent decrease proves nothing and these laws are being constantly reviewed by legislatures and courts.

Correlation is a statistical measure (expressed as a number) that describes the size and direction of a relationship between two or more variables. A correlation between variables does not automatically mean that the change in one variable is the cause of the change in the values of the other variable.

Causation indicates that one event is the result of another event. Cause and effect is very difficult to prove when human behavior is involved.

Pro-firearms sources may claim that  2 or 3 million violent crimes are prevented every year in the United States. Other sources tout “statistics” showing a lower number. The truth is that neither side of the debate knows because the information is not available! From the available data, there is a correlation between being armed and experiencing less crime. (See More Guns, Less Crime a book by John Lott, whose statistical analysis provides a convincing case for the validity of the title of his book)

We have a natural right to defend ourselves from harm, and fortunately citizens of the United States have that right affirmed in the founding documents of the nation. “Keep and bear arms” does not just mean firearms.

Given the choice of carrying a handgun, a baseball bat, or a samurai sword, it is hard to argue that the handgun is not a more efficient tool for self-protection.

This film by Nicolas Lévesque thoughtfully demonstrates that we who call ourselves Americans have a unique culture deeply steeped in individual liberty.

“Eternal vigilance is the price of liberty; power is ever stealing from the many to the few. The manna of popular liberty must be gathered each day or it is rotten. The living sap of today outgrows the dead rind of yesterday. The hand entrusted with power becomes, either from human depravity or esprit de corps, the necessary enemy of the people. Only by continued oversight can the democrat in office be prevented from hardening into a despot; only by unintermitted agitation can a people be sufficiently awake to principle not to let liberty be smothered in material prosperity.”

Additional Links to Articles that demonstrate the disingenuous arguments of “gun control” advocates:

This is an article by FactCheck.org that fairly discusses many of the complex issues surrounding the firearms debate.

Disarming the Myths Promoted By the Gun Control Lobby

This is a good article by Larry Bell  published in Forbes Magazine in Feb. 2012.

The First Amendment doesn’t give you any rights!
Scroll to top