Articles
You are here: Home / Articles / Featured / John Locke Should Be Counted among the Founding Fathers

I took care of those things too and am still thinking about John Locke. Actually I am not thinking so much about Locke as I am about my grand-kids. They need to know about ideas and few are as important as John Locke’s ideas.

For the sake of my grandchildren I decided to post links to these excellent videos about John Locke.  Then I will send the links to their cell phones and suggest that they watch them. Then I’ll call them and ask what they think. I bet they like the added attention. I imagine that it gives them something to talk about with their friends, such as how “I have the craziest grandma in the world…” Hopefully in 30 years they will be telling their own kids about John Locke and remember that I thought it was important.

Before going to the videos, look at THIS page by Michael Long. Then download this PDF file for the handouts that Michael Long uses in his group discussion.

Life,Liberty and the Right to Own Property 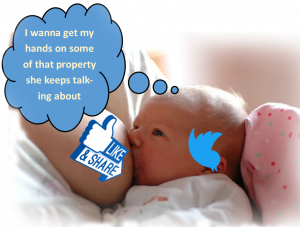 At this point it is time for grandma to get out of the way and let the kids follow the Internet trail to wherever their ultrashort attention spans lead them.  I have been criticized for wanting to dump the whole pile of hay on the hapless horse all at once when every body knows that horses founder when overfed. Well, that’s a metaphor but maybe nobody really knows that anymore.

Join
It’s the End of the World as We Know It.