The Constitution is a Historic Treasure. Preserve it for Future Generations.

You are here: Home / The Constitution is a Historic Treasure. Preserve it for Future Genera...

We were born from a bloody revolution

The United States was born in the Age of Revolution, a remarkable time in the history of man when the ideas of philosophers triumphed over centuries of rule by dictators and monarchs. The many revolutions of that period were inspired by ideas of the Enlightenment where the legitimacy of governments and religion were questioned by science and reason.

Direct Democracy is a bad idea

(For a discussion of local and state referendums, initiatives, and recalls, Click HERE)

Our own great political thinkers of that time, our founding fathers, were students of the Enlightenment and drew on its principles to craft the Declaration of Independence, the Constitution of the United States, and its Bill of Rights. These documents form the basis of our enduring representative democracy, which protects us from the many pitfalls of direct democracy.

James Madison in the Federalist Papers explains a major pitfall of a pure or direct democracy: 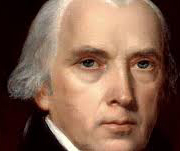 A common passion or interest will, in almost every case, be felt by a majority of the whole; a communication and concert result from the form of government itself; and there is nothing to check the inducements to sacrifice the weaker party or an obnoxious individual.  Hence it is that such [pure] democracies have ever been spectacles of turbulence and contention; have ever been found incompatible with personal security or the rights of property; and have in general been as short in their lives as they have been violent in their deaths. (Federalist 10)

We are a federal republic. The power of government is inherent in the people who have delegated specific powers to the federal government and have reserved remaining powers to themselves and to the states:

Combining the terms that describe us, we are a constitutional federal representative democracy. We are a combination of many great ideas, parts of which have been tried in the past and have empirically proven to be good ideas. We now have a system that has lasted for over 200 years and has proven itself able to adapt without significant changes. One misguided attempt at amending the Constitution, the 18th Amendment (Prohibition), was wisely repealed by the 21st Amendment.

This miracle of human achievement will last only as long as the people are wise enough to keep it!

Unfortunately an uninformed and complacent populace has allowed many of the safeguards inherent in our founding documents to be eroded. Gradually the federal government has evolved into a gargantuan regulatory state administered by unelected career employees. So-called entitlement programs create a permanent demand for federal largesse.

“A lady asked Dr. Franklin: Well Doctor, what have we got a republic or a monarchy. A Republic, replied the Doctor if you can keep it.” Attributed to Benjamin Franklin (From James McHenry’s notes,  first published in The American Historical Review, vol. 11, 1906,  p. 618)

We expect our elected representatives to be wise enough to protect the Constitution but all too often their priority is winning reelection and what is easier to win reelection than giving free goodies to the people.

Some states have also succumbed to a socialist cradle-to-grave mentality. The high taxes to support such programs erode productivity and impede wealth creation. Unfunded liabilities are paid for by borrowing against the future.  This amounts to no more than present generations stealing the property of future generations.   Socialism is not compatible with our personal security and property rights guaranteed in the contract we call the Constitution.

Are we thieves willing to rob from present and future generations?

A basic doctrine of Socialism is that property belongs collectively to all the people. It denies the rights of individuals to freely hold and dispose of property.

A recent candidate for president of the United States promoted a shallow concept he called “democratic socialism” which purports to give downtrodden classes of apathetic and misinformed people a list of free stuff that he claimed was their right to possess, among which are a guaranteed minimum wage, fee healthcare, and free school tuition.  Any honest person should ask the question, “Who is going to pay for it?”

The answer of course is the taxpayer!  Or if the taxpayer is unwilling to pay, the government will simply borrow it and it will become an obligation of future generations to pay for it, plus interest, from their taxes.

We have a good thing going for us. Let’s not screw it up!

Fortunately the U.S. Constitution is unusually difficult to amend. Indeed it is unusual among many constitutions that it even has a mechanism to be amended. James Madison was the genius whose proposal for an Article to allow amendments was accepted by the founders, who were deeply divided over questions of states’ rights and slavery.

Article V of the U.S. Constitution spells out the requirements to amend the Constitution. In keeping with the underlying philosophy enshrined in the Constitution to protect the rights of the minority and not allow a dictatorship of a majority, it can be amended by a vote of two-thirds of both the House of Representatives and the Senate followed by a ratification of three-fourths of the various state legislatures or conventions in three-fourths of the states. A second method, which has never been used, would be through a Constitutional Convention called for by two-thirds of the states’ legislatures.

As of May 2017, twelve states had called for a Convention of the States to place limits on the power of the Federal Government. The purpose of the Convention as called for by the Citizens for Self-Governance  (CSG) is narrowly drawn, as expressed in the Texas resolution seeking amendments expressly “for the limited purpose of proposing one or more amendments to the Constitution to impose fiscal restraints on the federal government, to limit the power and jurisdiction of the federal government and to limit the terms of office of federal officials and members of Congress.”

Other states have also called for a Convention of the States to address issues such as the Supreme Court’s decision in Citizens United. There is concern in many quarters whether the subject matter of the convention can be constrained to the topics in the resolutions of the individual states.

Are concerns about a run-away Convention well founded? Here are some links to sites that discuss the issue.

When Texas debated the reolution to call for a convention, a Texas Democrat state representative, Chris Turner, asked his Republican colleague who sponsored the resolution, “Why now do we need to convene a national convention, when we’ve never done it before in our nation’s history?”

Can such a Convention of the States be specifically restricted to reigning in the Federal Government?   Texas and eleven other states seem to believe so. Only 22 more to go. Impossible?  Who knows?

In the meantime, what are you going to do?

If you agree that:

It is a place for people to become informed through mutual dialog and share ideas about how retired people (presumably everybody over 50 years of age) can partner with younger generations to preserve the U.S. Constitution and promote fundamental principles of liberty.