Articles
You are here: Home / Articles / Featured / It’s the End of the World as We Know It. 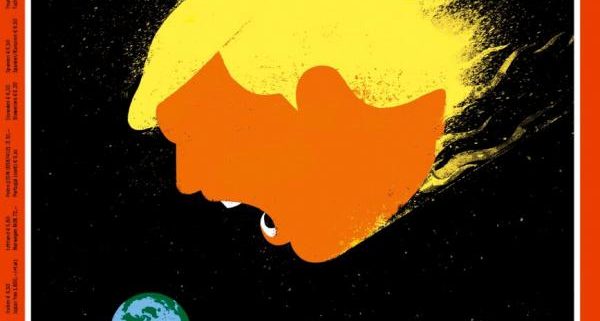 Shallow Perceptions of the Emotional Left 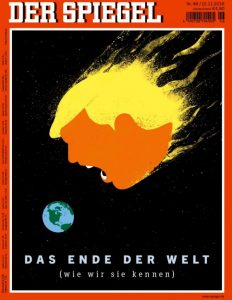 The election of Donald Trump brought cries of anguish from around the world. Normally sane people broke down in uncontrolled sobbing. Magazines and newspapers around the world erupted into a circulation bonanza of criticism. Of course that emotional reaction came from the Left and it persists to this day.

Edel emigrated from Cuba to the U.S.  as a child.

The Washington Post quotes Edel as saying in response to Trump’s perceived immigration bias, “I was nine years old when I came here, so I remember it well, and I remember the feelings and how little kids feel when they are leaving their country… I remember all that, and so it bothers me a lot that little children are being kept from coming to this country.”  He channels his discomfort into profitable artwork for the covers of Time Magazine, Der Spiegel, The New Yorker, among many others.

The Left’s problem is a pervasive herd mentality that feeds into emotion and immediate perceptions, without asking what may be lurking beneath the deep waters of intentional distraction. The Art of the Deal told them what to expect but they fail to believe it, possibly because Trump didn’t write it himself:

“I call it truthful hyperbole. It’s an innocent form of exaggeration…,” Trump said in his book, first published in 1987.

Trump’s ghost writer Tony Schwartz doesn’t give himself enough credit for revealing the real Donald Trump. Nobody voted for a saint during the 2016 election; they voted for a disruptor and they got what they voted for.

Schwartz, who admittedly knows Trump well, stated, “I genuinely believe that if Trump wins and gets the nuclear codes there is an excellent possibility it will lead to the end of civilization.” (New Yorker Magazine, July 25, 2016)  Another champion of the Left succumbs to the seductive appeal of righteous indignation and irrational, emotional hyperbole! Belief based on emotion, although human, is a weak substitute for reason.

The Right turn out the Lights and Go Home


In contrast to the emotional and occasionally militant activism of the Left, most people who identify with the Right seek reason in quiet contemplation.

Nowhere is this contrast more evident than Left’s hysteria when Trump was elected as compared to the sedate reaction from the Right when Barack Obama was elected. The closest thing I can compare it to was the deafening silence that enveloped Brazil in 1998 when France won the World Cup.

I was in Belo Horizonte for a party to celebrate Brazil’s inevitable victory over France. Then came the end of the world as they knew it.

Never before had I witnessed mass grief to the extent I did when Brazil lost to France 0-3. Everyone immediately went home, the lights went out, and silence enveloped the entire city. I can only imagine the profound sorrow in the Bento Ribeiro neighborhood of Rio de Janeiro where superstar footballer Ronaldo Luís Nazário de Lima was born in 1976.

By Monday morning Brazilians went back to work, fortunate that they didn’t have a good reason to party all night.

Of course the loss of a futebol game pales in comparison to the election of a U.S. President. After 20 years, most older Brazilians still remember the defeat and the subsequent win over Germany in 2002.  A subsequent win soothes the pain of defeat. Ronald Reagan’s win in 1980 more than made up for the defeat of Barry Goldwater in 1964.

When Barack Obama was elected, the Right turned out the lights and quietly went to bed. The next morning they started licking their wounds and tried to figure out where the man from nowhere came from. 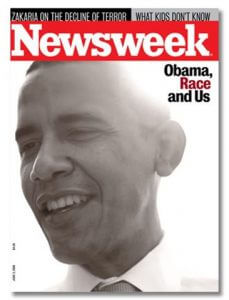 Some circulated memes about post turtles.  Web sites started up detailing the remarkable coincidence that Google searches about Obama’s lies were directed to pro Obama web sites. Of course the dominant press was ecstatic, displaying Obama with a halo, confidant that a new millennium of peace and prosperity was about to  be bestowed upon a righteous nation.

Rather than indulging in self-pity, the reaction from the Right was, as it usually is, well…more Conservative. Restrained, Inward looking. Maybe Obama will learn enough through on-the-job training to do a reasonably satisfactory job. Maybe he really will defend the Constitution as he swore he would.

It’s the End of the World as We Know It. And I feel fine…

While the Left may believe that the Right savaged Obama and fought him at every turn, his presidency for the most part was uneventful. He got his Obamacare. It devastated the healthcare system and Obama received no criticism from the Left for the broken promise: “If you like your doctor, you can keep your doctor.”

The power of the police state grew unabated. There were a few little scandals that the third estate ignored. Otherwise the Republican Congress following the Democrat losses of 2010 simply applied the brakes.

Obama’s massive expansion of federal regulations through executive orders is being quietly reversed by Trump. The individual mandate of Obamacare has finally been eliminated.  The healthcare system is still a mess and the national debt is out of control.

There are hopeful signs that the international situation vis-à-vis North Korea may find a resolution.

Timothy L. O’Brien is cited in the New Yorker Magazine as saying, that Trump’s book is a “nonfiction work of fiction.”  The same has been said of the Bible. Nevertheless, fiction or non-fiction, the Bible wisely says in Matthew 7:15-20:

15 “Beware of false prophets, who come to you in sheep’s clothing, but inwardly they are ravenous wolves. 16 You will know them by their fruits. Do men gather grapes from thornbushes or figs from thistles? 17 Even so, every good tree bears good fruit, but a bad tree bears bad fruit. 18 A good tree cannot bear bad fruit, nor can a bad tree bear good fruit. 19 Every tree that does not bear good fruit is cut down and thrown into the fire. 20 Therefore by their fruits you will know them.

While some on the Left cry that the Trump administration is the end of the world, and others fret that it is the end of the world as they know it, could it be that the world as they know it isn’t so great?  Do they really like an economy that doesn’t grow because of insufferable regulations?   We and our constitutional federal republic have been slowly sinking into the depths of political uncertainty through the efforts of a powerful entrenched bureaucracy not answerable to Congress. It is time for the Executive to team up with Congress to return us to Constitutional Government.

What is it exactly that the Left fears from Donald Trump?  Trump has the nuclear codes. He is commander in chief of the armed forces.  In addition to his Constitutional powers, he is the Big Bluffer in Chief. The Twitter Master. A Language Assassin. Innocent exaggeration.

Overlooking the obviously unusual personality that vexes many on the Right as well as everyone on the Left, Trump is making progress solving problems that his more conventional predecessors have failed to solve.

He has vowed to “drain the swamp.”

He repeatedly says that being friends with other countries is a good thing, not a bad thing. He may make peace with North Korea ending the potential danger of nuclear weapons in the hands of a dictator bent on self preservation.

He is not going to “nuke” anyone!

By his fruits you will know him!

And I Feel Fine