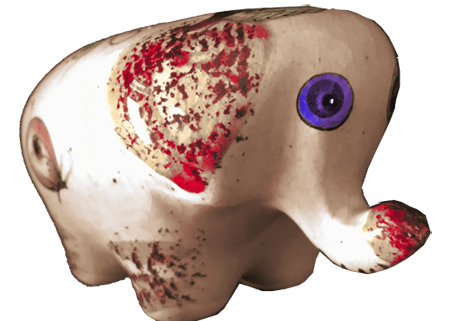 The good old boys at AltARP allowed me to become a guest editor with the promise that I would not embarrass them or the members who proudly wear the emblem of the antique goat that shows they are trying to separate themselves from the sheep.

Let me tell you where I am coming from. I am female both genetically and mentally. My parents were Democrats. I was determined to go to college so I got jobs while in high school and college, and I earned enough to get a degree in accounting. Then I started to meet successful women in business.  OK, some successful guys too, and they never groped me.

I learned a bunch of new ideas that I was never exposed to when I lived at home.  Suddenly I found that I couldn’t discuss some subjects when I went home for Christmas, so I learned to keep my mouth shut.

I read Ayn Rand during my college years. I learned not to read “The Art of Loving” by Erich Fromm while riding the bus in Los Angeles during the 1960’s. There you have it. You know roughly how old I am now. But I didn’t buy into the hippy thing. I actually admired and supported the boys who returned from Vietnam.  Mostly admired! I was too young to support them financially but I was nevertheless very interested in them. I even found one who dragged me out of Los Angeles to have babies in Texas courtesy of the United States Air Force.

I’m not old enough to retire so I may not actually be a member of AltARP. I think they are pretty lenient about who joins as long as you tilt right more than left.  I think you have to tilt a bit to the right in order to get your head around the idea of Liberty and why we have to fight to preserve it. Why do some people want the government to take care of them even at the expense of their liberty and freedom?  There is a difference between liberty and freedom, you know.  Freedom is to be free from something while liberty is free to do something. Freedom is being free from despotic oppression. Freedom of religion, or of the press, or any other freedom, is the  release from restraint. Jefferson talked a lot about freedom and liberty. It pays to read and think about these things.

So, you get freedom when you are released from jail.

Ask Martha Stewart who was convicted of a stupid stock trading technicality. Now she has the liberty to pursue her stellar career, but still has to lawyer up and look over her shoulder in case some ladder climbing despotic prosecutor decides to put a notch in his belt by putting away a high profile target.  In her case the prosecutor was the now infamous James B. Comey who was the United States attorney for the equally infamous Southern District of New York.  I will forever admire Martha Stewart but will wait until the jury is in about James Comey, whom on a gut level I detest, but perhaps only because of his insufferable preening and arrogance. 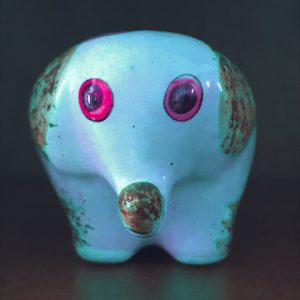 “I was not a happy camper under Obama”

I was not very happy during the Obama years (2009-2017) as I saw Liberty under constant attack.  Obama was not particularly bright when it came to business. Like a leaf blowing in the wind, he went along with whatever was politically expedient. He signed innumerable executive orders that directed federal agencies to impose onerous regulations that almost wreaked the economy.

To be fair, I was not very happy with some of George W. Bush’s (2001-2009) stuff either, but it takes new things a while to show themselves for what they really are.  The Sarbanes-Oxley Act of 2002 was a Bush thing. So was the USA PATRIOT Act.  What a stupid name!  Secret courts are somehow patriotic?

Obama had a jobs council headed by GE CEO Jeff Immelt. They were smart people who understood the issues. The council recommended changes to the stifling Sarbanes-Oxley law that was responsible for reducing the number of IPOs smaller than $50 million from 80 percent of all IPOs in the 1990s to 20 percent in the 2000s. The changes to Section 404 compliance were designed to free smaller companies from the burden of difficult accounting internal controls.  Great. It was a small help but not enough.

The really insidious things that happened under Obama and continue to this day are the people he appointed to various positions in government, now known as the Swamp under President Trump !  The SEC, Securities and Exchange Commission, and FINRA, Financial Industry Regulatory Authority, went from being regulatory bodies to becoming prosecutorial bodies.

Perhaps this is only my perspective and I am admittedly biased. I don’t know of any research to back up this assertion.  Ask your stock broker about it.

The laws and regulations governing the regulatory bodies didn’t change too much but the people running them did change.  The SEC used to have securities attorneys watching over public companies. Under Obama the ranks of the SEC were filled with prosecuting attorneys.  You can imagine what their influence was and still is.  Slowly some of these prosecutor type people migrated over to FINRA.

There used to be a robust network of small broker-dealers who served the needs of very small public companies.  The prosecutor mentality at FINRA took over and now the small broker-dealers are in shambles fighting to survive. If you invest in a small startup company and get a stock certificate as evidence of your investment, try to get it deposited into an account so you can eventually trade it!  The large brokers won’t accept paper certificates. The small ones will require an expensive paper trail including a legal opinion from an attorney. Legal opinions can cost several thousand dollars, which is often more than you paid for the stock!

Read this explanation from Spartan Securities:  HERE –  (opens in a new tab)

Punishing people proven guilty  of a crime in a court of competent jurisdiction should be the sole goal of law enforcement.  Yet the administrative state routinely charges and punishes people for alleged infractions of administrative rules by levying huge fines.  There is little defense against these charges because of the great cost of mounting a defense. Wealthy people like Mark Cuban charged with insider trading, as was Martha Stewart, can generally defeat questionable charges; still it can cost millions of dollars to do so.

There is no such crime as insider trading and no law defining or prohibiting it. The Securities Exchange Act of 1934 broadly defines and outlaws securities fraud but never employs the phrase “insider trading.”  Over the last 84 years, the administrative state has promulgated “rules”  the transgression of which are punished under the general term of securities fraud. And securities fraud is pretty much whatever the SEC says it is. Little people charged with such infractions are generally unable to mount a full defense so they stipulate to a settlement while neither admitting nor denying the charges.  As large as some administrative fines are, they are far less than going to court in spite of the fact that most who do so win their cases.

One unfortunate employee of a large corporation saw strangers with suits walking into the corporate offices.  He concluded that something must be happening. Not knowing whether whatever was happening was good or bad, he guessed that it could be good and went out and bought a bunch of his employer’s stock.  He was not an officer or director and had no direct knowledge of any deal. His good guess got him into trouble and he paid a huge fine and disgorgement of his “ill gotten” gains. It almost makes you want to move to a freer country like Switzerland.

The greatly simplified Swiss Eidgenössische Finanzmarktaufsicht (FINMA) securities and banking regulatory authority is independent of the Swiss national government. It answers directly to the Federal Assembly (Bundesversammlung). It does a remarkable job of helping banking and securities related businesses in Switzerland to thrive.  It is a resource, not an adversary, but it does have to occasionally refer people to the federal or canton governments for prosecution.

I once asked a Swiss friend about securities laws in Switzerland. He said that Swiss law basically outlaws fraud and named only Criminal Law (article 161 PC) that defines who can be charged for the “misuse of privileged material non-public information.”  Shareholders cannot be charged; only “members of the board of directors, the management, the auditors or as agents of a company or its subsidiary or its parent company, as member of a government agency or as a public servant, or as auxiliary person of the afore-said,” can be charged and few ever are.

I have ranted on long enough for an introductory piece, but here is a parting shot:

I am not happy about the Patriot Act, how the sunset provisions were made permanent, and about the abuses that are just now becoming apparent. I am sure I will want to write more about it in the future.  So while they talk about the secret FISA court, the judges who sit on the FISA court are not secret.  The FISA Judges are listed below.

The Federalist  has recently revealed that Rudolph Contreras has a personal relationship with disgraced FBI agents Peter Strzok and Lisa Page. You can read about it HERE.

“They that can give up essential liberty to obtain a little temporary safety deserve neither liberty nor safety.” — Benjamin Franklin, Historical Review of Pennsylvania (1759)

Current Membership – Foreign Intelligence Surveillance Court – click on individual judges for a short resume, which opens in a new tab.

It’s the End of the World as We Know It.
Scroll to top