The coronavirus pandemic has put the Constitution on full display.  The Federal government has power that is supposed to be relatively limited compared to the powers reserved to the states and to the people. The power to quarantine is clearly with the states, and with the people themselves should they chose to voluntarily isolate themselves.

The constitutions of the various states define what emergency powers governors and mayors may exercise.  Whatever is not clearly defined in those constitutions and in legislation is reserved to the people to behave responsibly during chaotic emergencies. While the people have been acting responsibly for the most part, many local officials appear to have abused their power. Some have run amok.

President Trump grandly announced that his authority relative to the coronavirus pandemic is “total.”  His actions, however, show that he knows the real power lies with the states and with the people.

Article II of the Constitution gives the president “the executive power,” but does say what it is. Subsequently Congress and the Courts have pretty well defined what the president can do.  Hamilton in the Federalist papers made the argument for an “energetic” chief executive and regarded the legislature as the body that should deliberate and display wisdom.

“Those politicians and statesmen who have been the most celebrated for the soundness of their principles and for the justice of their views, have declared in favor of a single Executive and a numerous legislature. They have with great propriety, considered energy as the most necessary qualification of the former, and have regarded this as most applicable to power in a single hand, while they have, with equal propriety, considered the latter as best adapted to deliberation and wisdom, and best calculated to conciliate the confidence of the people and to secure their privileges and interests.”

During the pandemic, the President has clearly been energetic.  Daily press briefings highlight ever changing guidance as experts learn more about the virus and its epidemiology. He correctly defined the virus by its origin in China. Members of the opposing party in Congress protest that it is somehow racist to say the virus originated in China. If nothing else, members of legislatures regularly display their banality instead of the wisdom that Hamilton hoped for. But at least in such emergencies, we do not have to rely on the wisdom of the U.S. Congress – just their power of the purse to vote trillions of dollars for good or ill. 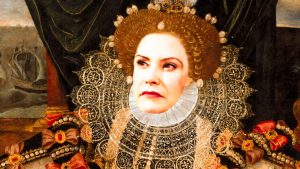 Normally emergency measures must be proportional to the threat and limited in their duration. Within those general guidelines come the inevitable disagreements over “how much for how long.” 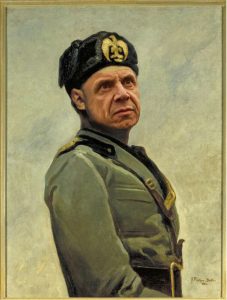 In New York, governor Andrew Cuomo signed 11 executive orders, suspending dozens of laws. Only the state legislature can limit his power, but his party controls the legislature so there is little opposition.  In fact the legislature gave the N.Y. governor dictatorial authority during an emergency by changing the language of previous emergency powers from “imminent” threat to “impending or urgent threat.” Is climate change an imminent threat?

Now the New York governor may do as he pleases. Exercising the wisdom that Hamilton presumed would prevail, the New York legislature allowed for repetitive 30 day limits on the governors’ executive orders, with additional 30 day extensions up to an absolute limit at which sections one and two of the enabling legislation would expire and be deemed repealed  on April 30, 2021.

At least the legislature did not envision a dictator for life.

Assemblymen Richard Gottfried (D-Manhattan) when asked about the impact of the new legislation replied:

It gives “the governor very extensive and almost unlimited affirmative legislative power to not only waive existing laws and provisions of existing laws, which he now has authority to do, but it also empowers him to essentially make new legislation by issuing ‘directives’ to any New Yorkers.” (Quoted from Observer)


New York and Michigan’s governors are not alone in either being granted, or assuming, near dictatorial emergency powers. Many other governors like Pennsylvania’s Tom Wolf,(D), and  Vermont’s Phil Scott (R) have been accused of making arbitrary decisions about what is essential or non essential to decide who must shut down their businesses and risk financial ruin. 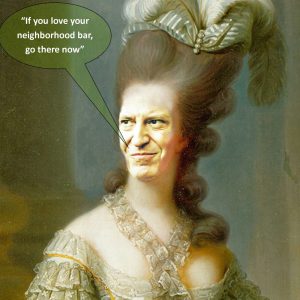 “My message to the Jewish community, and all communities, is this simple: the time for warnings has passed. I have instructed the NYPD to proceed immediately to summons or even arrest those who gather in large groups. This is about stopping this disease and saving lives. Period.” (Bill de Blasio)

Local government is that closest to the people and is generally most responsive to the needs and desires of the people. Yet local governments are the ones that can immediately wield the awesome ” police power of the state.”  The president and governors are not the ones who put people in jail during an emergency that suspends normal legal protections. It’s the local authorities who are in a position to back up their presumed authority with force at their disposal.  Interestingly local police occasionally refuse to back up their mayors or county commissioners when they consider the order to be unlawful.

She refused and became the face of a resistance movement that quickly escalated into a public fight between Democrat led counties and cities and libertarian leaning Republicans. A Democrat judge (real judge), District Judge Eric Moyé, acting on a request from the Democrat led City of Dallas ordered Ms. Luther to shutter her business, and when she refused he sentenced her to a week in jail and $7,000 fine. Local police indeed put her in jail.  She was soon freed after a massive outcry and intervention by Governor Abbott who saw his order being executed too harshly.

In the meantime, Montgomery County Judge Mark J. Keough, a Republican, said Governor Abbott’s order was too vague and he would not enforce it.

It’s at the local level that the worse abuses of peoples’ civil liberties happen during ordinary times. Police brutality is an example. During extraordinarily times when local officials are ill prepared to deal with the nature of an emergency, stubbornly authoritarian local leaders may in good faith feel that they know best and force citizens to obey their edicts no matter how draconian or ultimately unconstitutional.

In the current coronavirus pandemic, the courts will be sorting out claims of abuse and unconstitutionality for a long time to come. 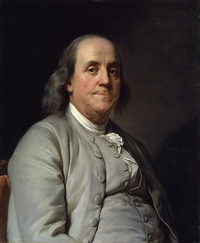 Local authorities grapple with the extent of their authority and often fail to restrain tyrannical impulses engendered by what they believe is their more enlightened understanding of a dangerous pandemic.  Opponents of heavy handed government look for learned proclamations of the founding fathers to justify their opposition. Certainly Benjamin Franklin had something to say about shutting everything down in the face of a pandemic.

Unfortunately we cannot find it. He had something else besides personal or civil Liberty in mind when he said, “Those who would give up essential Liberty, to purchase a little temporary Safety, deserve neither Liberty nor Safety.”  The “Essential liberty” to which he was referring was right of the Pennsylvania legislature to enact taxes to purchase a “little temporary safety” against attacks on the frontier during the French and Indian War.  No, we need to search deeper if there is a link between Liberty and Safety.

A philosophical justification for choosing Security over Liberty over  cannot be found because they are not in conflict. We can have both. There will forever be tension between the two, and so the dictum, “eternal vigilance is the price of liberty,” seems like good advice. (quoted from The Life of Major General James Jackson, by Thomas U.P. Charlton, 1809)  Combined with Leonard Henry Courtney’s “The price of peace is eternal vigilance,”  it appears some thoughtful people have equated both liberty and peace/security with paying attention. 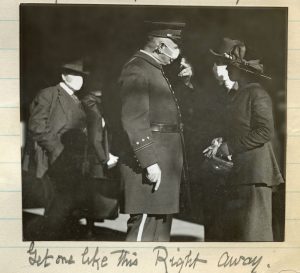 There is a continuum between questions of Liberty and Security with both being highly subjective.  In normal times we agree to laws that impose a common set of public restrictions, such as speed limits. Few disagree with the concept of speed limits but many would disagree if the speed limit is too slow or too fast. When it comes to questions of the Patriot Act or how TSA handles airport security, the questions become more complex. Recently abuses of the Patriot Act and the FISA courts that the Act created have come to light.  Fortunately there are many both within government and without that are paying attention.

But the Constitution itself never foresaw the myriad of epidemics that have plagued the world and our own country. The closest thing we have endured as a nation to the current pandemic was the pandemic of  1918 caused by the H1N1 virus. It killed 50 million people worldwide because it struck a world of people with no immunity, no antibiotics to treat secondary infections, no immunizations, and spotty compliance with known strategies: isolation, quarantine, personal hygiene, disinfectants, and limitations of public gatherings.  Local communities deputized men to form an armed cordon around towns to keep people out.  Such “shotgun quarantines”  were perfectly legal.

May a state close its borders from other states and stop all air travel into the state?  In a word, yes.

“But that freedom does not mean that areas ravaged by flood, fire or pestilence cannot be quarantined when it can be demonstrated that unlimited travel to the area would directly and materially interfere with the safety and welfare of the area or the Nation as a whole.”  (citation)

After draconian emergency measures have passed, the people will decide what was appropriate and what was not. Then they can pass new laws if necessary.  They may also show their displeasure for the officials’ actions during an emergency and throw them out of office at the next election. Abuses suffered during the emergency can be adjudicated. If citizens remain well informed and paricipate in representative democracy there is a reasonable expectation that an acceptable balance between freedoms and security can prevail.

The 4th of July
Scroll to top