Articles
You are here: Home / Articles / Featured / Is the U.S. Constitution Outdated?

We keep hearing from snarky post-adolescents that the Constitution is outdated. They routinely demean the notion that our founding fathers are worthy of our respect. The fact that the Founders risked their lives to establish our nation means nothing to the current crop of narcissistic historical revisionists.

The Founders created the Republic when slavery was common worldwide. Indeed Brazil was the last country in the Western Hemisphere to abolish slavery on May 13, 1888. The entire world struggled with slavery. It is unrealistic to expect that our Founders could have magically and immediately abolished slavery when they were dangerously involved in creating the social contract that would eventually allow the abolition of slavery.

Immediate gratification appears to operate in the lives of the vocal proponents of changing the Constitution. Such gratification is impossible to apply retroactively.

The Constitution Has Endured

The Constitution has endured through the formative years of the Republic with growing pains that included bitter conflicts over slavery, a national bank, single party rule, the War of 1812, Aaron Burr killing Hamilton over an early succession plot, rampant patronage, the Civil War, and innumerable other scandals that would fill our current crop of pundits with rage.

They see the world through the false constructs of political correctness and fashionable morality. Their lack of historical context diminishes their credibility.

Who Are the Current Mindless Pundits?

A true pundit is someone who offers an opinion or commentary based on a profound knowledge of the subject. Many scholars know enough about a subject to offer a well reasoned opinion but are seldom afforded an opportunity.

Unfortunately there exists an over-abundance of people with questionable doctorates in pseudo sciences, or worse yet pathetically weak bachelors’ degrees in  journalism or English, whose shallow analysis floods the news cable networks. Their sole objective is to entertain and gain advertisers.

They are not pundits, nor are they worthy of our respect. Yet their passionate drum beat that the Constitution is no longer relevant has gained some traction and must be refuted.

The Constitution Is Constantly Being  Updated

The original document that we call the Constitution is contained on six handwritten pages. The first four pages are the base text, page five is a letter of transmittal from the Constitutional Convention to the Congress, and page six is the Bill of Rights.

The remaining 2,850 (approx.) pages of the “Constitution Annotated” prove that it is a living document, which has undergone many changes when necessary. The entire 2,882 pages of the Centennial Edition of the Constitution of the United States, Analysis and Interpretation including Supreme Court Decisions can be downloaded HERE.

The Supreme Court Is the Last Word in very Few Cases

The Supreme Court is the last word in the cases it hears but there are thousands of decisions by lower courts that reaffirm the Constitution and the protections that it affords citizens.

The Constitution is constantly being made relevant to our time by the approximately 725 federal judges serving in the 94 district courts, 13 appeals courts, and the Supreme Court. These judges know the Constitution and the case law that supports a wide web of constitutional guarantees.

The sheer inertia built into federal law, and what some call congressional dysfunction, make it difficult to capriciously change laws.  Even in areas such as immigration law, where changes are clearly needed, change will come slowly, carefully, and eventually will conform to the Constitution.

Fortunately amending the Constitution is even more difficult, making emotional demands for gun control or abolition of the electoral college difficult for advocates to achieve.

Unanimous Decisions by the Supreme Court

During his confirmation hearing in 2005, Chief Justice Roberts affirmed that he intended to work toward a consensus on the court. He has subsequently reaffirmed his commitment to consensus on the Court when he addressed the 2018 Stein Lecture at the University of Minnesota. The video runs 1 hour, 15 minutes.

Every case taken up by the Supreme Court is a reaffirmation of our Liberty.

We have previously commented about how civil forfeiture can constitute a moral hazard for law enforcement agencies.

Civil forfeiture traces to ancient Roman and medieval English law; both made objects used to violate the law subject to forfeiture to the king. It was allowed because anciently it was often difficult to physically detain  guilty individual who had fled to a foreign land so property used in the commission of a crime was seized.

Now civil forfeiture is a leading method for imposing economic sanctions against narcotics traffickers who sometimes are in a foreign jurisdiction.  Increasingly however, significant, and some say excessive, property is taken away from persons accused of relatively minor drug offenses. 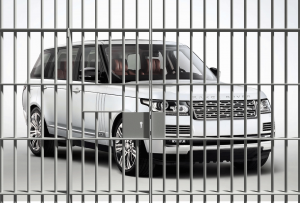 If the Court decides for the plaintiff in this case it will contribute to fully incorporating the Eighth Amendment at the state level.

Join
Why do we Commemorate Veterans’ Day?